Home » An Interview with Andy Dakin 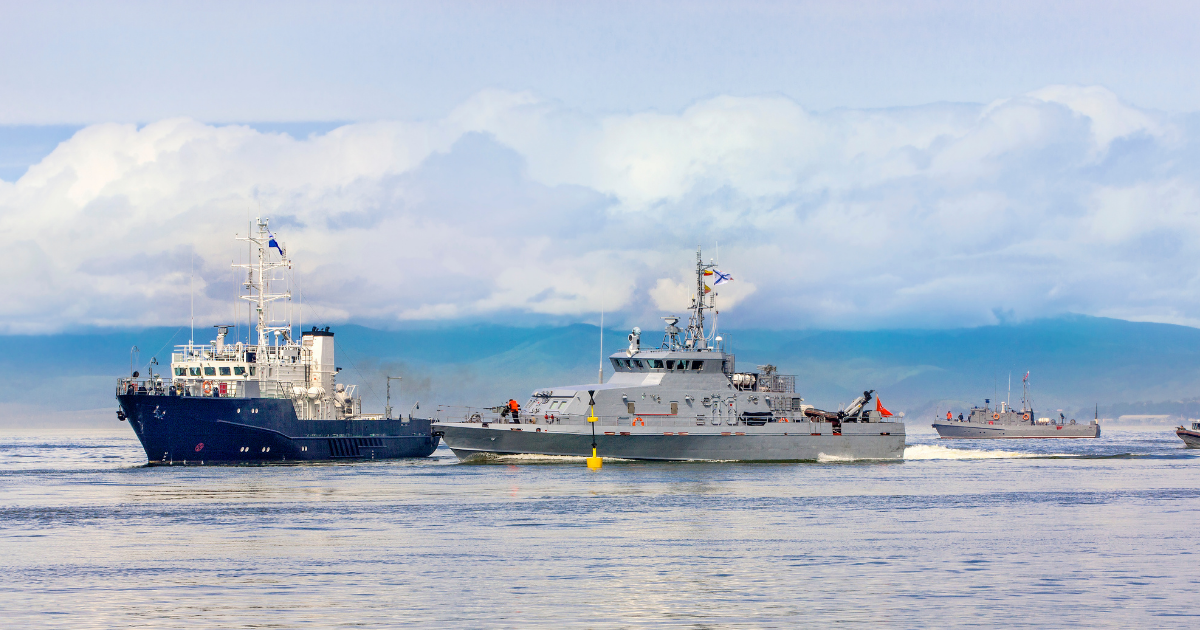 Andy Dakin is the Executive Director of the Naval & Military Bible Society (NMBS). Biblica print NIV New Testaments with Psalms (NTP) for NMBS to distribute to various military units. These are extremely well received by trainees and serving personnel.  With increasing demand for NTPs and for bilingual scriptures in 2020, Biblica are excited to see what lies ahead as we continue to partner with NMBS. In this story we wanted to introduce Andy to you – to share part of his story and how he got involved with NMBS. In a follow-up story we ask him some questions about the work of NMBS and the partnership with Biblica.

Andy Dakin spent his early years living on the Island of Jersey with his parents and an older brother, where his father worked as an aircraft engineer. Following a move back to England for the eldest son to start senior school in preparation for University, Andy’s father then worked for Lloyd’s Insurance assessing crashed airplanes. Andy’s brother went to university in Southampton, joining the Air Squadron, learnt to fly and joined the Royal Air Force (R.A.F.) as a Navigator.

When it came time for Andy to go on to tertiary education he chose to study Geography at Birmingham University with the tentative plan of becoming a Geography teacher. It will come as no surprise though that he followed similar interests to his father and brother and joined the Air Squadron at university. Recognised for his flying abilities he obtained a scholarship from the R.A.F. in his final year which involved training at the R.A.F. College in Cranwell, Lincolnshire. From this he was selected to fly Harrier jets – famous for their vertical / short take-off and landing.

With regards to active service, operational clearance for Andy came just at the end of the Falklands War, but Andy did get to spend a number of deployments on the Falklands, followed by Belize and across Europe.

Along the way Andy met his future wife who was training to be a nurse. They got married and had three children, who are now grown up and the number of grandchildren currently sits at five.  In the early stages of married life Andy was part of No. 1 Squadron – the R.A.F.’s oldest unit which has been involved in every major British military operation from the First World War to present time. This involved, over a 10-year period, time in the UK, Germany, The United States and back to Germany before returning to the UK.

In 1990 the Iraqi Army invaded Kuwait and with a few weeks, Andy was posted to the Gulf with the U.S. Marine Corps trying to process whether conflict was going to follow, and thinking about his wife and three children, all under four years old, who he had left at the Marine Corps Air Station in Cherry Point, North Carolina.  Andy pays tribute to his wife who not only looked after the family in these new circumstances, but she also looked after many of the Marine Corps wives who were left at home.  In fact, she received official recognition for this with a Marine Corps Commendation. At this time Andy’s wife had a faith and was attending a good church in Cherry Point, though as a typical “young arrogant fighter pilot”, Andy’s words, he didn’t think he needed any help for a higher authority.

Andy spent seven and a half months in The Gulf, during which he had plenty of time to think and reflect on life, his relationships with family, others and the world around him. He also had time to read. He was given a U.S. Marine Corps camouflage covered NIV New Testament and Psalms. Andy said “in reading this Bible, I came to the realisation that my life would be for nothing without a relationship with the living God. Whilst I wasn’t fearful about going to war, having this relationship was extremely comforting”. It was while serving in The Gulf War that Andy came to faith in Jesus. Talking about numerous near misses, Andy said “without my faith, I don’t think I would still be here! During the war and my subsequent career there were many times when the difference between life and death has been a few centimetres or a couple of seconds!”.

After the RAF, Andy worked with BAESYSTEMS as the new technology projects manager within the Harrier programme. In his spare time, he also worked with Cranfield University on air research programmes.

Jumping forward to 2018 Andy was seeking a future career path in a vocational environment that had connections to his Christian beliefs.  He had shared this with his church Home Group, and they prayed for him.  The very next day he received a call asking if he would consider interviewing for the role of Executive Director of the Naval & Military Bible Society (NMBS), which provide Bibles to service personnel. Andy was successful in this process and has now been with NMBS for nearly 2 years building connections with chaplains, supporters and partner organisations in the UK and around the world.

Biblica: When did you first become aware of the work of Biblica, and how have Biblica and Naval & Military Bible Society (NMBS) been working together over the years?

Andy: The relationship between Biblica and NMBS began before I started in my role, and I have been pleased to continue that connection through my tenure.

It is important that we access widely recognised versions of the Bible in NMBS published material and Biblica’s New International Version of Scripture is key to our offerings. We operate by giving Bibles and other Christian resources to personnel in the military, cadet forces and seafarers both through chaplaincies and directly to individuals and organisations.

Biblica: Tell us more about those that you partner with.

Andy: We partner with many organisations; chaplaincies for the military, other services, cadet forces and seafarers to reach with high-quality Christian resources. Whilst we write our own material, we do not re-invent the wheel and if we can see someone is producing excellent books that could help individuals we are trying to reach, then we will partner with these organisations. For example ‘Inner Struggles’, produced by ‘BeaconLight’, was originally produced for prison ministry and we took that book and adapted it to produce both a military, seafarer’s and Royal Navy editions.

Biblica: Tell us more about the NIV New Testament with Psalms that Biblica recently provided.  How have they been distributed?

Whilst we produce both hardback and paperback full Bibles, the pocket-sized New Testament and Psalms (NTP) is central to our operation. It provides a high-quality and durable resource for the personnel that receive them.

Working through Biblica we can cost-effectively produce NTPs in batches of 5,000. These batches generally contain about five variants. Some versions, such as the Royal Navy and Army versions, are produced in their thousands. However, we also produce versions for individual Army Regiments, Brigades and Battalions down to around two hundred and fifty units.

A majority of our distributions come via orders made by individuals and organisations through our website (www.nmbs.org.uk), however we also receive orders via email, telephone call and even occasionally by letter!

We are seeing an explosion of requirement for our Bibles and in 2020, if funds become available, we are on track to deliver five times our historical annual output.

Biblica: Can you share something about the response of those who receive the Bibles?

Through the distribution of our Bibles and books we are seeing an increased desire for the pursuit of all things spiritual. For instance, whilst one might think that the youth of today may not consider such things, it is our experience that this is not the case. In an environment, like the Royal Naval recruit training centre at HMS Raleigh where chaplains offer Bibles as part of their ministry, generally 95% of personnel passing through ask for a Bible and associated materials, and we see the same in Army training centres.

We often receive testimonies from our seafaring chaplains with whom we are connected with through our membership of the International Christian Maritime Association. One recent example of the appreciation of availability of Bibles to seafarer’s came from Panama:

“Just to let you know that I visited a containership today.  A crew of 17, 14 of whom are Filipino.  I took on a couple of the NMBS Bibles and the bi-lingual NTs…well, you would think that I was distributing the winning lottery ticket!  They were snatched up with great delight.  One young Able-Bodied Seaman, James, who was stationed at the gangway, asked me for a Bible.  When I told him that I had left an extra one with the Chief Officer for whomever needed one…James took off, ran to claim it. It was a lovely moment and I left the containership (in a real tropical down pour – soaked to the skin) with a smile.” Fr. Ian Cervantes-Hutchinson

Biblica: What are your plans for the rest of 2020?

As I’ve already mentioned the requirement for Christian material from our ‘audience’ seems to have exploded! We will be producing around 25,000 NTPs for at least 20 different organisations and also a number of hardback full Bibles. In one instance the provision of several hundred NTPs to the Kenya Defence Force has led to a ‘Bibles for Soldiers’ project in that country, which requires the production of 20,000 NTPs. Also, of special note is the ongoing initiative to produce a suite of Bible materials for the seafaring world. This includes Diglot Luke/Acts extracts and NTPs in Tagalog, Russian, Mandarin, Indonesian and Hindi. As always, the need for funds to complete these initiatives is the prime challenge!

Biblica: How can people be praying for you and the work you are involved in?

For more information on the work of NMBS visit https://nmbs.org.uk/

For more information on how Biblica can help your church or organisation reach out with God’s Word visit https://www.biblicaeurope.com/our-work/overview 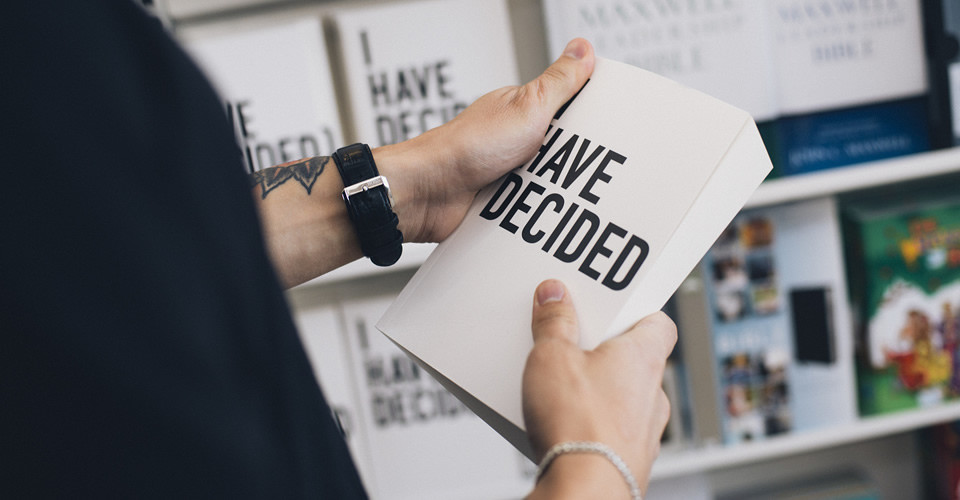 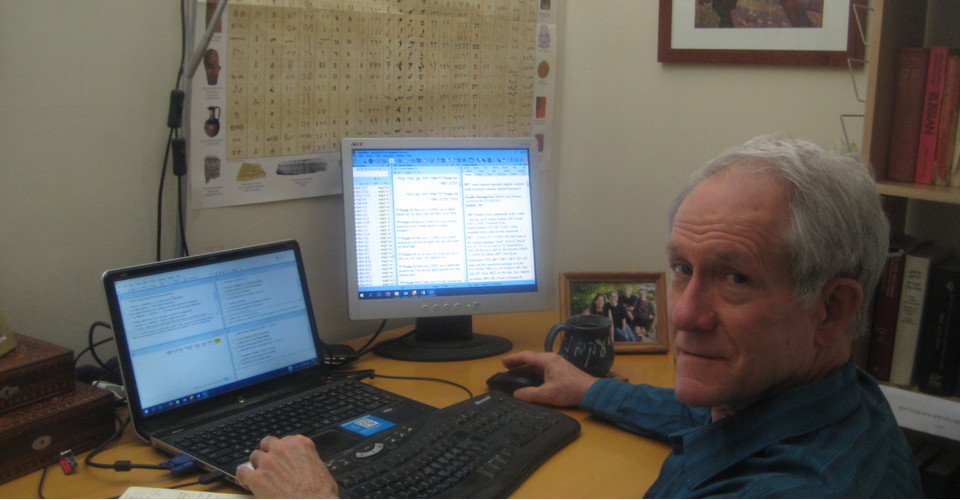 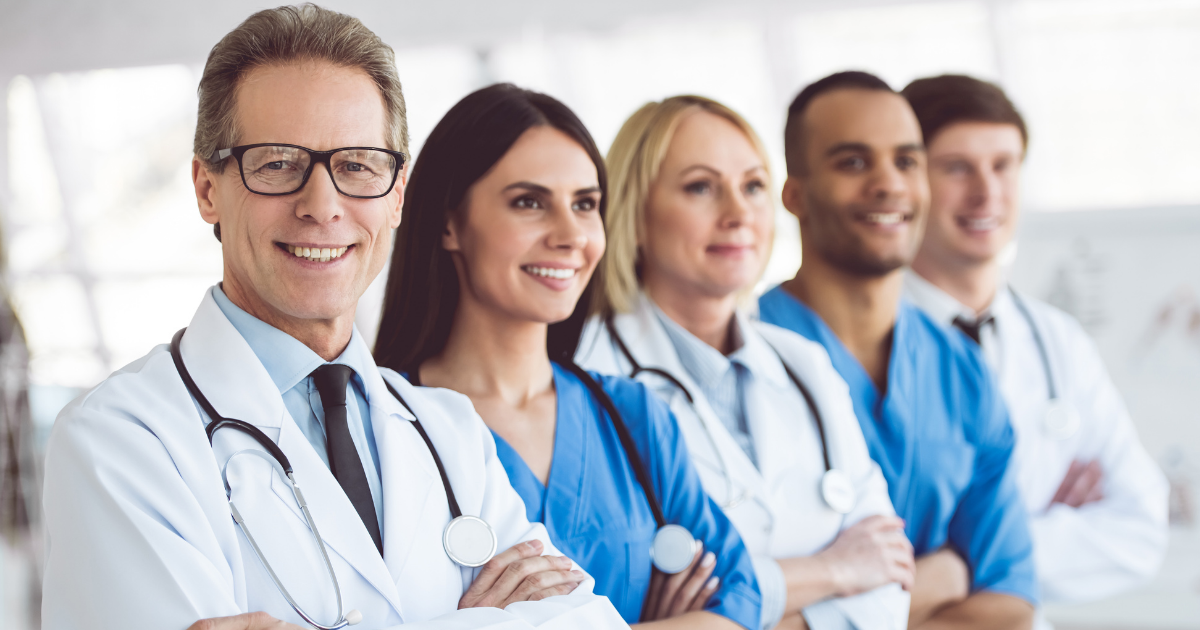 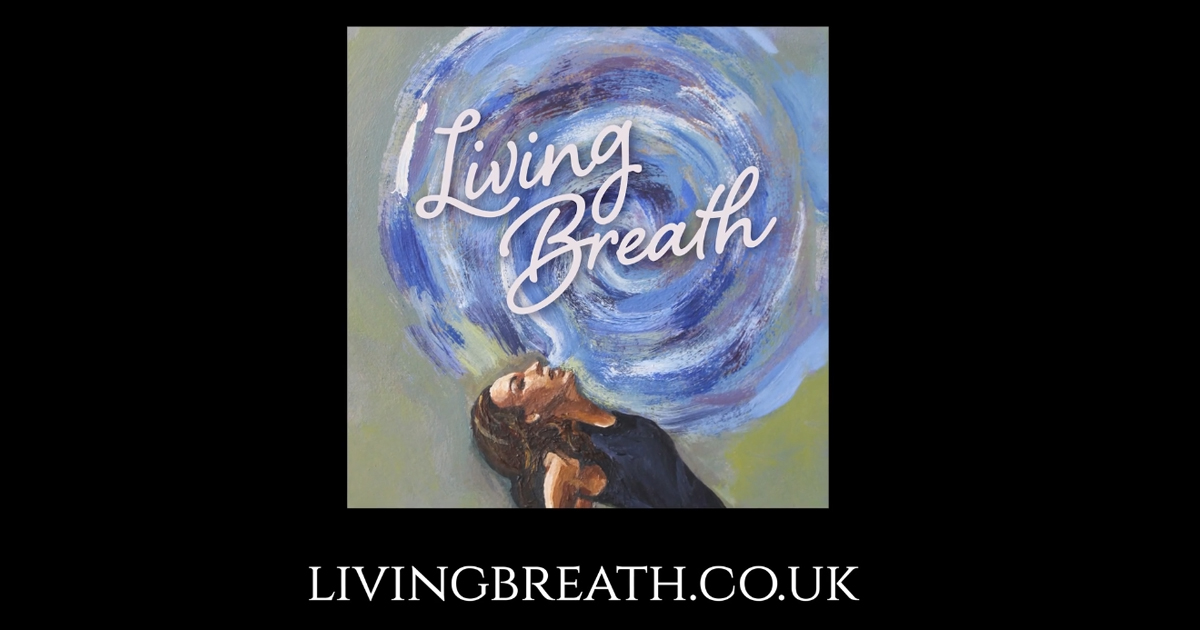 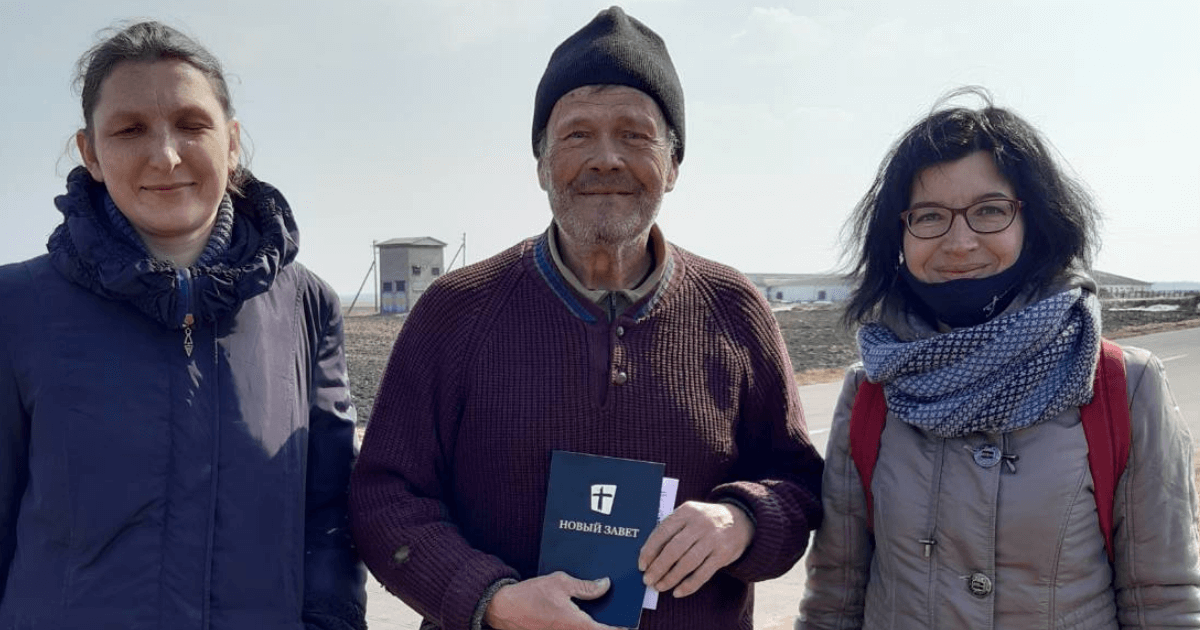 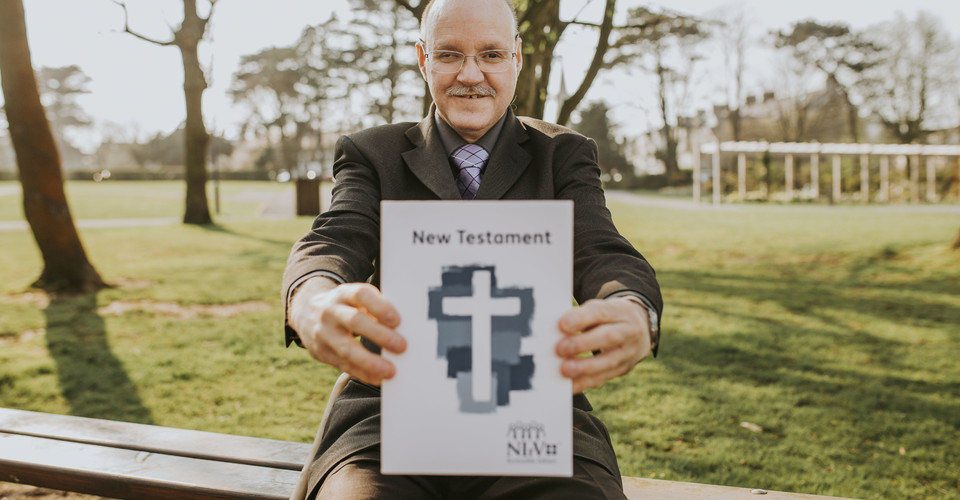 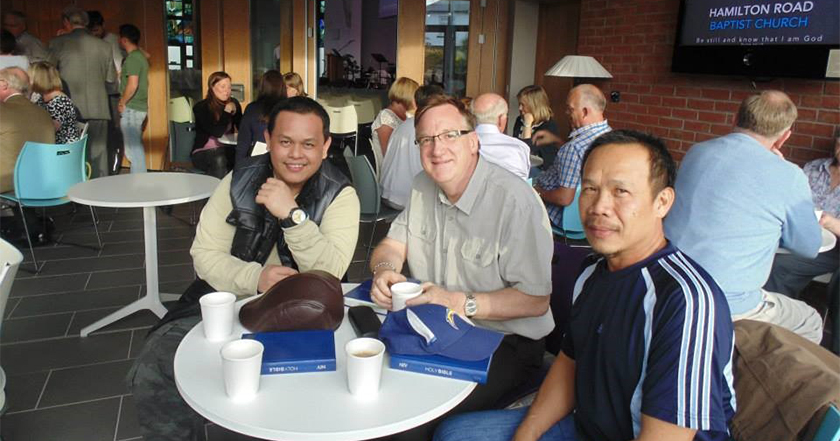 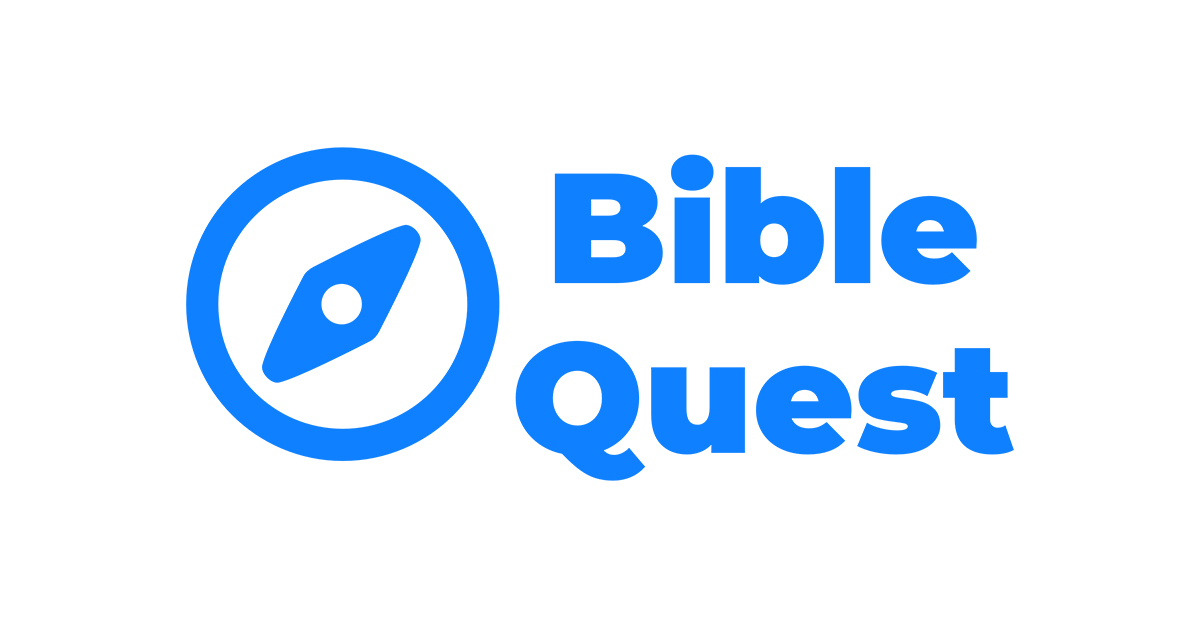 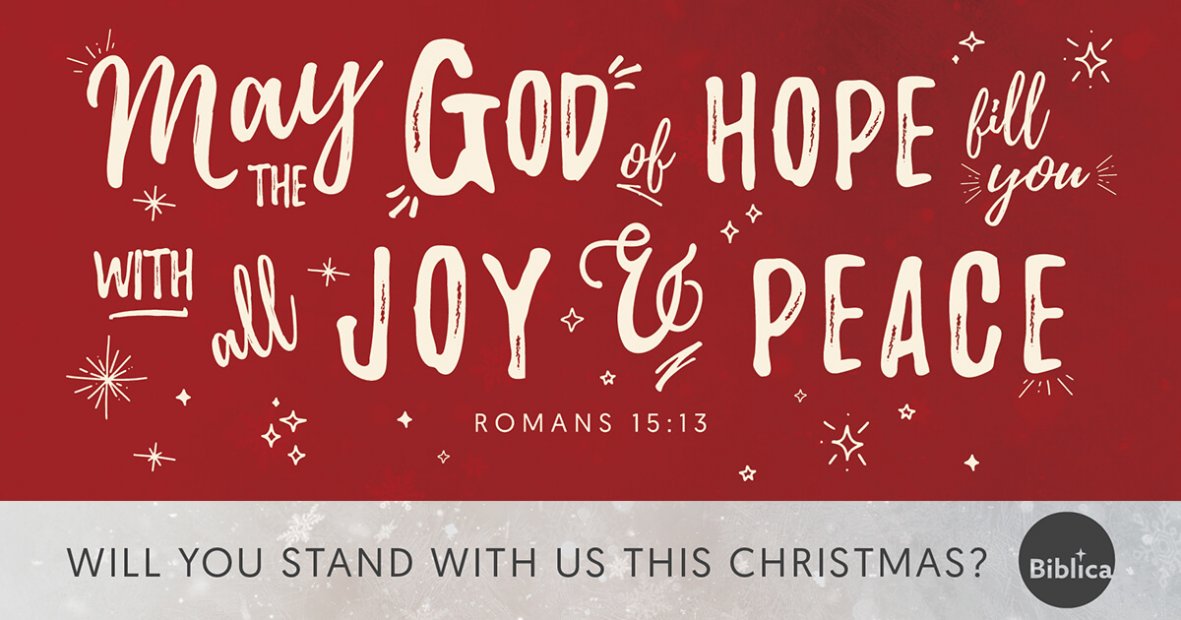